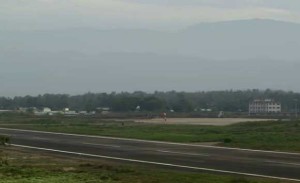 A pre-bid meeting was held on 11 November 2016 with all the stakeholders including states and airline operators to facilitate the effective and efficient implementation of the scheme.

MoCA launched the Regional Connectivity Scheme (RCS)-UDAN in October, 2016, to promote regional air connectivity in the country including North Eastern region and create additional infrastructure by revival of unserved and underserved airports and airstrips. The scheme has been finalized after extensive consultation with all the stakeholders including State Governments. Suggestions were received from stakeholders including the states at the time of consultation with public and the stakeholders on the draft Scheme.

The indicative list of underserved and unserved airports in India under RCS-UDAN also includes Defence airports. However, for such airports, approval from Ministry of Defence has to be obtained for permitting joint use.

(i) concessions by Central Government, State Governments and airport operators to reduce the cost of airline operations on regional routes and

(ii) financial support (Viability Gap Funding or VGF) to meet the gap, if any, between the cost of airline operations and expected revenues on such routes. RCS-UDAN is a demand-driven scheme, where airline operators undertake assessment of demand on particular routes.

A Regional Connectivity Fund (RCF) has been created under powers conferred under Rule 88-B of the Aircraft Rules, 1937 to provide the VGF requirements under the scheme. The Central Government has decided to impose a levy on the scheduled flights being operated within India to fund the Regional Connectivity Fund. However, following flights has been exempted from the above mentioned levy:;

i) Flights operated on CAT II/ CAT IIA routes as specified in Route Dispersal Guidelines issued under Rule 134 (1A).;

The payment of VGF will be made to selected airline operators from the RCF.

For imposing levy, amendment was done after consulting all stakeholders. Observations/ comments from different stakeholders including Federation of Indian Airlines (FIA) were considered before amending the rule ibid.

This information was given by Jayant Sinha, Minister of State in the Ministry of Civil aviation in reply to a question in Lok Sabha today.