The difference between JNU and PU

PU works hard at doing things that a university should do. JNU continues to revel in its own glop. – Rajiv Lochan

Rajiv Lochan is a renowned historian and a Professor in Punjab University. He is an alumnus of Jawaharlal Nehru University (JNU) in New Delhi. On being asked about the difference between JNU and Punjab University, a public university situated in Chandigarh, in their relationship to the government, he had something very intersting to say. 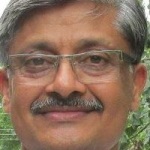 JNU sleeps with the government, always; then, once in a while gets booted out of bed and begins making a noise about freedom being lost.

Punjab University has consistently maintained a distance from governments, makes no efforts to make friends with those in government, battles out things with the government as and when the need arises.

JNU reviles the society around it and makes no effort at a dialogue with society.

PU does it again°

For the tenth year in a row,PU continues to be the highest ranked university in India.

The points on which PU scores high include:

Research
Facilities
Student:faculty ratio
Ability to reach out to employers

The areas where PU is weak:

In having MoUs with non-Indian universities. In this respect Punjab University stands at #7 in the country.

The total expenditure on PU is measly. A mere Rs. 2.3 lakh per student per year. Of this, Students pay about Rs. 15,000 per head back in the form of various fees and charges. The government of Punjab bears the cost to the tune of Rs. 11000 per student per year. The rest of the cost is passed on to the people of India via the Central Government.

º Ranked number one among Universities in India and Ranked 363 in the Thomson Reuters-powered ‘Best Global Universities Rankings 2016’ by US News and Global Report.