New Delhi: Domestic airlines in India registered a growth of 23.17% in passengers carried between January and September this year compared to the corresponding period last year.

Passengers carried by domestic airlines during Jan-Sept 2016 were 726.98 lakh as against 590.21 lakh during the corresponding period of 2015. 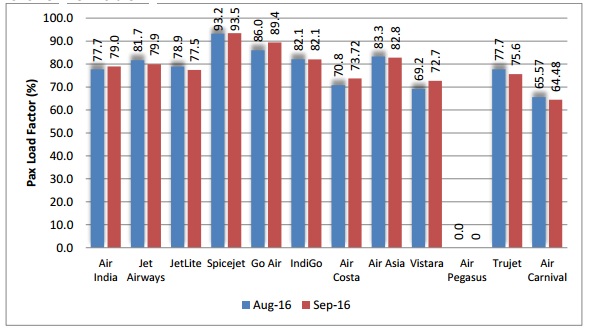 When it comes to market share of scheduled domestic airlines during the year 2016, IndiGo was on top commanding a market share of 37%, 38.4% and 39.9% respectively during the three quarters this year. Air India was third in this respect behind Jet Airways. 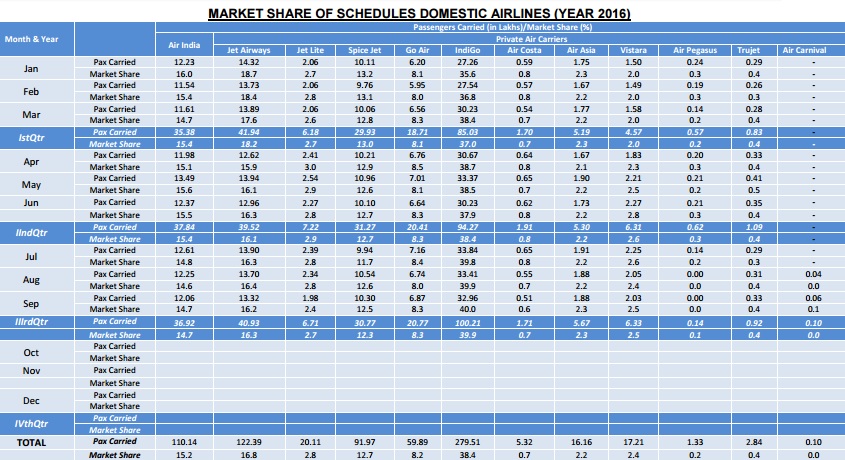 The airline-wise details are as follows:

On-Time Performance (OTP) of scheduled domestic airlines has been computed for four metro airports viz. Bangalore, Delhi, Hyderabad and Mumbai. Vistara is ranked at the first place when it comes to on time performance with 89.6 OTP%, followed by Spicejet (88.8%) and Indigo (87.7%)

Airline-wise OTP at four metro airports for the month of Sept 2016 is as follows:

Based on Report released by the Ministry of Civil Aviation on 19 October 2016.