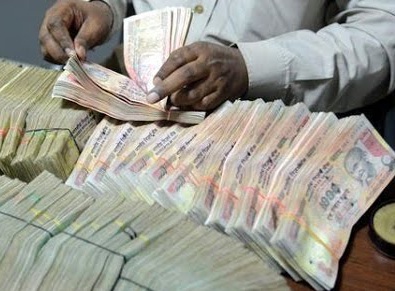 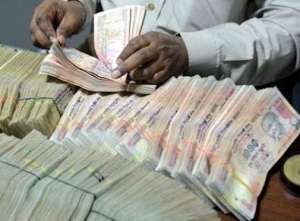 New Delhi: The Income Declaration Scheme, 2016 has helped in unearthing Rs.65250 crore of undeclared income and assets. In all there were 64275 declarations filed under IDS-2016 up to the midnight of 30 September 2016.

The Income Declaration Scheme, 2016 came into effect from 1 June 2016. It provided an opportunity to persons who had not paid full taxes in the past to come forward and declare their domestic undisclosed income and assets. Declarations could be made online as well in printed copies of the prescribed form up to midnight on 30 September, 2016.

In order to facilitate the taxpayers and to spread awareness about the Scheme, the CBDT issued a number of FAQs to address various queries received. Major issues clarified included manner of declaration of fictitious liability, allowance of cost indexation and holding period benefit for registered immovable property, sanctity of valuation report etc. Difficulties with respect to payment of taxes in a short span were removed by permitting payment of tax in 3 instalments, the last being in September 2017. Absolute confidentiality of the declarations made was promised under the scheme to reassure the declarants.

An appeal was made by the Prime Minister of India to the general public to come clean on taxes due. The FM personally addressed stakeholders at many stations. More than 5500 public meetings in various cities were conducted by the department. Innovative publicity methods like Talkathons, Walkathons, Nukkad Nataks, were used to spread awareness about the Scheme. The Department’s strategic use of taxpayer information and data mining techniques further spurred the declarations.

These steps resulted in a tremendous response from the general public, especially in the last two months. As a consequence, 64275 declarations were filed upto the midnight of 30th September, 2016 with an aggregate of Rs.65250 Crore worth of hitherto undeclared incomes in the form of cash and other assets being declared. With the final stock taking of declarations being filed in physical printed forms all over the country till late night on the last day, this number is likely to be further revised upwards.

This Scheme was the latest initiative of the Government of India towards tackling. The major steps taken by the Government against Black Money in the last 2-1/2 years include:

SIT: Many recommendations accepted such as mandatory quoting of PAN for cash transactions etc.

International Treaties: Signing of FATCA with US; Amendment of Mauritius Treaty; Initiative for signing of Automatic Exchange of Information Treaty with all major countries including Switzerland, Initiatives under BEPS (Based Erosion and Profit Sharing) such as country by country reporting, PoEM ( Place of Effective Management) etc.

Detection and administration of tax evasion cases: Assessment of Rs.8000 crore in HSBC cases as well as filing of 164 prosecution complaints in l75 HSBC cases; detection of Rs.5, 000 crores of undisclosed deposits in foreign accounts made out of ICIJ cases, 55 prosecution cases filed in those cases; Big investigation in Panama cases has led to 250 references being made to other countries asking for details about tax evaders, bank accounts etc. The quantum jump in the searches and survey has resulted in seizure of Rs.1986 crores as well as undisclosed income of Rs.56, 378 crore in the last two and half years. The upgradation of IT capabilities has led to non-intrusive methods of detection of tax evasion. Rs.16, 000 crores received as tax out of one such system of Non-filers of Monitoring System (NMS). 3626 cases of prosecution and compounding in the last two and half years which is more than double as compared to previous two years.

The faith reposed by the Government in the CBDT and the Income tax Department strengthened the administration of the Scheme. This was a major step towards reigning in the parallel economy of the country and merging it with the mainstream. The CBDT endeavours to continuously use non-intrusive methods towards widening and deepening of the tax base.