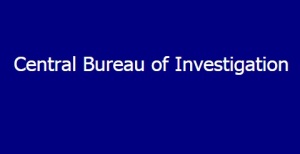 Umesh had receieved threats when he had written a news item for the Hindii daily Naid Dunia after a tribal had died following an eye surgery. He had even lodged a complaint with the local police about these threats. Within days of filing this complaint, he was shot dead in his village.

CBI had registered the case on 11 February 2015 on the orders of the High Court of Chhattisgarh Judicature at Bilaspur, passed on 27 December 2014 in response to a Writ Petition (No.6459/2011) filed by the younger brother of the deceased.

CBI took up the investigation of the case which was earlier registered against unknown persons (FIR No.12/2011 U/s 302 of IPC & Section 25/27 of Arms Act at Chhura Police Station of Gariyaband district on a verbal complaint following Umesh Rajput’s murder in front of his residence in Chhura village on 23 January 2011.

Both the arrested accused were produced today before Court of Special Judicial Magistrate for CBI Cases at Raipur in Chhattisgarh and remanded to four days police custody.