Reservation in promotions for SC/ST category in MP: Case listed for hearing in Apex Court in November 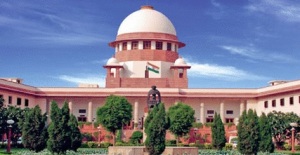 New Delhi:The hearing in  the case linked with reservation in promotions in Madhya Pradesh Government departments for those belonging to the Scheduled Castes and Scheduled Tribes will now come up before the Supreme Court on 8 November. The hearing in this case stood adjourned last week.

This case was listed in the Supreme Court Weekly List No. 23 of 2016 for Wednesday, 21 September and Thursday, 22 September but it did not come up for hearing as per the weekly schedule as all matters listed before the concerned Bench stood adjourned.

Madhya Pradesh Government has filed an appeal in Supreme Court against the High Court order that struck down the State Government provision for reservation in promotions in government departments for those belonging to the Scheduled Caste and Schedules Tribe (SC/ST) category.

Reservation in promotions for SC/ST category: Appeal by MP Government is listed for hearing in weekly list