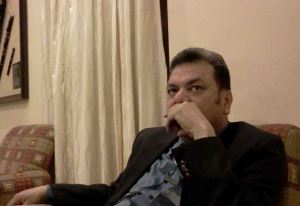 New Delhi: Durga Madhav Mitra, a distinguished IPS officer of 1983 batch belonging to Madhya Pradesh cadre passed away at All India Institute of Medical Sciences here early Saturday morning after a prolonged illness. He is survived by his wife Rina Mitra, also a 1983 batch IPS officer, a son and a daughter.

Mitra devoted valuable time and efforts to build an integrated and comprehensive picture of Maoist challenge to the liberal democratic state of India, which he shared and validated at various government, non-government and academic forums through lectures/ presentations.

Mitra’s key-note address on the Maoist problem at a workshop jointly organised by Newsroom24x7.com and Madhya Pradesh Academy of Administration in September 2011 was widely hailed. This workshop, which was attended by senior administrative, police and forest officers proved to be an important milestone as it helped field level officers to understand the entire dynamics of the Maoist movement and the complexity of handling the situation. Especially Police chiefs from the naxalite affected districts attended this workshop.

Mitra served outside the State in the Central Government. While on deputation with the Centre, he got the opportunity to do intelligence work, observe and analyse left wing extremism in Orissa and tribal militancy in Tripura. He has also worked in Ministry of External Affairs on deputation and served as 1st Secretary in Vancouver, Canada (August 1996 – August 1998).

Mitra received the International Award for Outstanding Academic Achievement in the USA and was decorated with Indian Police Medal for Meritorious Service and President’s Police Medal for Distinguished Service (2007).

Strategic Studies Institute of USA has published a Book titled “Understanding Indian Insurgencies” written by Mitra. The monograph has become the prescribed reading material for graduate history course on revolution and military doctrines in the prestigious Leeds University of U.K.

As a special invitee, Mitra assisted Police Act Drafting Committee headed by Soli Sorabji and he was the Member Secretary of the Committee constituted by the Union Ministry of Home Affairs (MHA) for assisting the Ministry in establishment of National Police University. He also assisted the Naxal Management Division in MHA, Government of India. He was a member of National Police Mission. On behalf of BPR&D, MHA, Government of India, he undertook a research project on ‘Maoist Violence’ during 2009-10. He was also Principal Advisor to MP Planning Commission since January 2011.