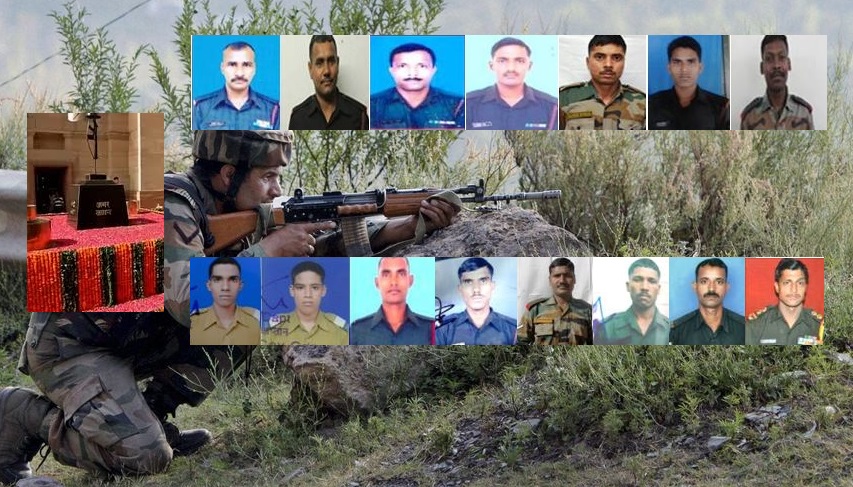 New Delhi: After the Army operations were called off on conducting a detailed search of the area in and around the military complex at Uri in Jammu and Kashmir, which was the target of a terrorist attack on Sunday morning, the Director General of Military Operations (DGMO) Lt Gen Ranbir Singh has stated that infiltration attempts by terrorists have shown a marked increase.

In 2016, there have been 17 infiltration bids eliminated by the Indian Army along the Line of Control. Of a total of 110 terrorists eliminated in Jammu and Kashmir, 31 have been killed while they were attempting to cross the LoC.

According to Lt Gen Ranbir Singh the terrorist attack on the Army base at Uri and J&K actually indicates a desperate attempt from across the Line of Control to infiltrate more terrorists into Kashmir with a view to create disturbance and foment unrest in our area. The last two infiltration attempts on 11 September in Poonch and on 18 September at Uri have been successfully thwarted by the Indian Army by killing four terrorists in each of the operations.

The DGMO said Indian Army has displayed considerable restraint while handling the terrorist situation both along the Line of Control and in hinterland. However, we have the desired capability to respond to such blatant acts of aggression and violence as deemed appropriate by us. We reserve the right to respond to any act of the adversary at a time and place of own choosing.