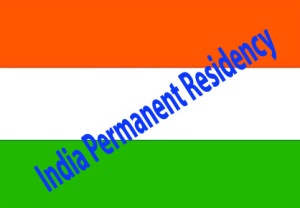 New Delhi: The Union Cabinet under the Chairmanship of Prime Minister Narendra Modi has approved the scheme for grant of Permanent Residency Status (PRS) to foreign investors subject to the relevant conditions as specified in the FDI Policy notified by the Government from time to time.

The scheme is expected to encourage foreign investment in India and facilitate Make in India Programme. Under the Scheme, suitable provisions will be incorporated in the Visa Manual to provide for the grant of PRS to foreign investors.

The PRS will be granted for a period of 10 years with multiple entry. This can be reviewed for another 10 years if the PRS holder has not come to adverse notice. The scheme will be applicable only to foreign investors fulfilling the prescribed eligibility conditions, his/her spouse and dependents. In order to avail this scheme, the foreign investor will have to invest a minimum of Rs. 10 crores to be brought within 18 months or Rs.25 crores to be brought within 36 months. Further, the foreign investment should result in generating employment to at least 20 resident Indians every financial year.

Permanent Residency Status will be granted for a period of 10 years initially with multiple entry facility, which can be renewed for another 10 years. PRS will serve as a multiple entry visa without any stay stipulation and PRS holders will be exempted from the registration requirements. PRS holders will be allowed to purchase one residential property for dwelling purpose. The spouse/ dependents of the PRS holder will be allowed to take up employment in private sector (in relaxation to salary stipulations for Employment Visa) and undertake studies in India.

The Union Cabinet has also given its approval to create a Project Development Fund (PDF) with a corpus of Rs 500 Crore for catalysing Indian economic presence in the Cambodia, Laos Myanmar and Vietnam.

The PDF shall be housed in Department of Commerce and operated through the EXIM Bank. The PDF shall be governed by an Inter-Ministerial Committee under the chairpersonship of the Commerce Secretary.

CLMV countries namely Cambodia, Laos, Myanmar and Vietnam have a unique position in the regional value chains and offer a gateway for market access to China/EU and other markets due to various trade agreements. The key advantage of positioning India on the regional value chains is securing on a long term basis, a dedicated market for Indian raw materials and intermediate goods besides a dedicated source for inputs and raw materials for Indian industry. While opportunities are a plenty in CLMV region, Indian entrepreneurs’ endeavors in these countries have, thus far, been limited due to limited information, infrastructure and other contingent risks. The PDF shall benefit India’s industrial community for business expansion, and to maintain cost competitive supply chains, besides integrating with global production networks.