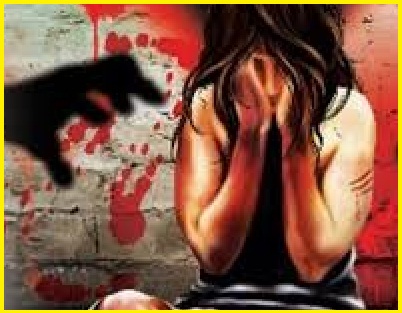 Bhopal: People are aghast by the brutal rape of a 3-year old dalit girl in Bhopal, who was abducted, raped and dumped along the railway line near Pul Patra under the Aishbag Police station area in the state capital on the intervening night of August 30 and 31.

According to the Bhopal additional Supreintendent of Police R.S. Chandel, the little girl was living with her parents, who are natives of Mahoba in Uttar Pradesh, in one of the shanties near the Bhopal main railway station. She went missing around 11 pm in the night and was found crying near the bridge (Pul Patra) the next morning.

The girl was admitted in the Sultania Ladies Hospital, where the doctors confirmed she had been raped.

The POlice have registerd a case under Sections 376 and 363 of Indian Penal Code. These relate to rape and kidnapping. The unidentified rapist has also been booked under the Protection Of Children from Sexual Offences (POCSO) Act.

The police have cracked another another case of rape and murder of a minor, a two-and-half year old girl, who was raped and murdered in Khargone district in western Madhya Pradesh after she went missing on 17 August. The alleged rapist Dharmendra alias Dharmu (32) has been arrested and taken on police remand by court order.

The Khargone Superintendent of Police Amit Singh along with the SDOP Sampat Upadhyay had recovered the body of the two-and-half year old rape victim from Satak River near Balgaaon. He mother had come to Balgaon, her matrnal village to celebeate the festival of Rakhi on 17 August. According to the POlice, the girl was last seen cryinbg near the house of the accused Dharmendra, who was a regular visitor to the deceased’s house in the village and was known to the family. Takinga dvantage of this, he took away the girl with hiim without creating any fuss. He was drunk that night and raped her. The rape has also been confirmed by the doctors.

Omn interrogation, the accused told the Police that after raping the girl he had left her unconscious and had made an attempt to register his presence in the village that night around 9 pm. Later that night, he took the girl and threw her in the Satak river.