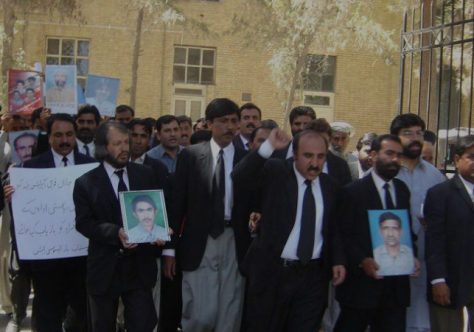 After the terrorist blast at a Quetta hospital in Pakistan in which dozens, including many lawyers, were killed, a twitter post with an image that says so much has put in sharp focus the issue of the missing persons in the trouble-torn Balochistan province of Pakistan where the freedom movement is being crushed ruthlessly by the Pakistani Army and the general peace has been shattered by terrorist violence unleashed by the Pak Taliban.