Pakistan stands exposed: Exporting terrorists to spread violence in Kashmir and wage a war against India 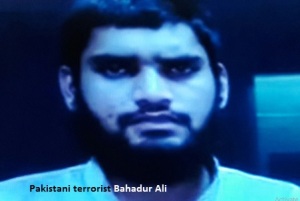 New Delhi: Pakistan today stands fully exposed and there is concrete evidence to brand it as a country that is in cahoots with terrorist organisations like Lashkar-e-Taiba and Jamaat-ud-Dawa that are deeply entrenched on the Pakistani soil and the Pakistani Army is engaged in training and sending terrorists across the border to commit terrorist attacks in Jammu and Kashmir and other parts of India and wage a war against the Government of India. 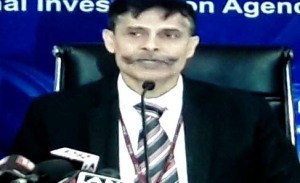 National Investigation Agency Inspector General Sanjeev Kumar Singh today announced the arrest of hardcore terrorist from Pakistan Bahadur Ali, who was enrolled by the Jamaat-ud-Dawa and trained by LeT before he was guided into the Indian territory by Pakistani Army personnel on a mission to mingle with the people in Kashmir and create chaos in that state and commit terrorist attacks in different parts of India.

The NIA IG told media persons that “Bahadur Ali was directed to take advantage of the prevailing situation in Kashmir. Articles recovered from him are ample proof that he had been trained by highly skilled people to handle the lethal weapons and equipment he had been provided with to navigate through reference points and coordinates on the ground”

NIA has registered two cases linked with the capture of Bahadur Ali on July 25. He has already given a confession statement.

According to NIA, a group of heavily armed terrorists, belonging to a terrorist gang/organization, had infiltrated illegally into the Indian territory falling under the Qalamabad Police station in Police District Handwara of Kupwara in Jammu and Kashmir from Pakistan recently to commit terrorist attacks in Jammu & Kashmir and other places including Delhi and carrying out terror attack on security forces with prohibited automatic weapons and explosives to wage war against Government of India.

Click here → Revelations made by the Pakistani national Bahadur Ali @ Saifulla, following his arrest in Jammu and Kashmir on 25 July, 2016