Congress returns to power in Arunachal Pradesh as the Supreme Court orders that Nabam Tuki be reinstated  as Arunachal Chief Minister.

In J&K: Separatist leader Syed Ali Shah Geelani has been arrested at Haiderpur in Srinagar while trying to defy curfew restrictions imposed in the area. 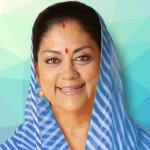 Vasundhara Raje, Chief Minister of Rajasthan, has expressed the hope that peace and order returns to the troubled state of Jammu & Kashmir. She said on a social networking site that she is praying for the families of the victims and those injured.

Is Pakistan heading for Army Rule?  NewsX asks this question pointing to a poster demanding Raheel Sharif to take over that has reportedly surfaced in 13 cities.