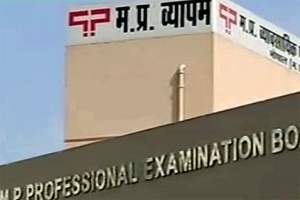 Bhopal: The Central Bureau of Investigation has filed a chargesheet against two impersonators, two middlemen and a candidate under Section 120 B read with Sections 419, 420, 467, 468, 471 of IPC and Section 3/4 of MP Recognized Examination Act, 1937 in the court of Special Judge for Vyapam Cases in Guna (Madhya Pradesh) in a case related to PMT examination-2010.

The investigation linked with the massive MP State Professional Examination Board scam related cases revealed that both impersonators, residents of District Bareilly & Chandoli (Uttar Pradesh) had impersonated as candidates in the written Examination of PMT-2010 held on 20.06.2010 at Guna with the help of middlemen. Both the impersonators had earlier jumped bail and were absconding. CBI made extensive efforts during investigation to trace them and both the accused surrendered in the Trail court. The investigation against one absconding candidate in this case has been kept open u/s 173(8) of Cr. PC.

In another case, a chargesheet was filed against a candidate under Sections 120-B, 419, 420,467, 468, 471 of IPC & section 4 read with 3D (1)(2) of MP Recognized Examination Act in the Court of A.C.J.M., Gwalior (MP) relating to alleged irregularities in the PMT 2009 examination. CBI had taken over the investigation of this case which was earlier registered at Police Station, Jhansi Road, Gwalior (Madhya Pradesh).

The case registered by CBI U/s 417, 419, 420, 467, 468, 471, 201, 120-B of IPC & Section 3(d)(1)(2)/4 of MP Recognized Examination Act on 04.08.2015 on the orders of Supreme Court of India in WP (Civil) No.372/2015 and 417/2015. CBI took over the investigation which was earlier registered by Madhya Pradesh police at Police Station Jhansi Road, Gwalior, on the allegations of cheating by personation in the Pre-Medical Test, 2009 (PMT-2009) conducted by Vyapam on 5 July 2009. It was alleged that the candidate had appended very simple signature on the documents related to PMT-2009 so as to make it easier for the impersonator to sit in the examination in his place and further applied to appear from Delhi Centre even when there was a center in his home town Gwalior itself. During investigation, Expert has also opined that the writing & signatures in the OMR Sheet, Attendance Sheet did not match with writing & signatures of accused. It was also alleged that accused person had passed MP PMT 2009 by using unfair means in recognized examination with the assistance of a solver/impersonator in pursuance of a criminal conspiracy with others.

Further investigation under Section 173(8) Cr.PC with regard to the involvement of other persons in the crime is underway (related news).

In the second case, a chargesheet was filed against an accused (a candidate) resident of Morena (MP) U/s 120-B r/w 419, 420, 467, 468, 471 of IPC & Section 4 r/w 3D(1)(2) of MPREA, 1937 in the Special CBI Court, Bhind (MP) on the allegations of impersonation, cheating & forgery in the Police Constable Recruitment Test- 2012 conducted by Vyapam at Saraswati Higher Secondary School, Rewa. The candidate conspired with a solver for appearing in his name in the written examination. Based on the result in the written examination, the candidate eventually gained employment as Police Constable in Bhind.

In the fourth case, a chargesheet was filed against an accused, a resident of Morena (Madhya Pradesh) under section 120-B read with Sections 419, 420, 467, 468, 471 of IPC & Section 4 read with Section 3D(1)(2) of Madhya Pradesh Recognised Examination Act, 1937 in the court of 1st ASJ, Bhind (MP) on the allegations of impersonation, cheating & forgery in the Police Constable Recruitment Test- 2012 conducted by Vyapam at Shanti Niketan Convent Higher Secondary School, Ambah, Morena. The accused had conspired with an impersonator to appear on his behalf using the Test Admit Card issued to him by Vyapam for the written examination. The impersonator cleared the examination, on the basis of which accused got employment as a police constable in DRP Line, Bhind.