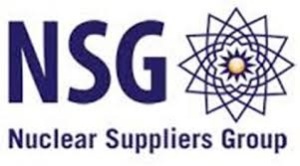 India left no stone unturned in recent months at the level of Prime Minister Narendra Modi and across diplomatic channels to build consensus for gaining membership of the NSG but what comes as a bolt and a crushing blow to the optimism expressed by India’s External Affairs Minister Sushma Swaraj on the crucial NSG issue during her annual press conference in New Delhi the other day is the lack of support across the board in favour of India during deliberations at the 3-hour post dinner NSG meeting in Seoul on Thursday.

China,  known for its excessive pro-Pakistan leanings, remained unmoved by the last moment bid by Modi to woo Chinese President Xi Jingping on the sidelines of a multilateral summit in Tashkent on Thursday and used “criteria” as the stumbling block to prevent India from acquiring the membership of the NSG which is crucial from India’s point of view as it needs clean nuclear energy so essential for all-round progress and economic growth.

China has taken the stand that India’s case should not be entertained till it becomes a signatory of the Non-Proliferation Treaty (NPT). Wang Qun, Director General, arms control division at the Chinese Foreign ministry said: “The NSG won’t discuss Indian membership yet. Many differences are there on admitting non-NPT members.”

Besides China, even Switzerland has raised objections to the process of including India and other countries that do not subscribe to the NPT rules. Even countries like Brazil, and Austria have expressed reservations about a non-NPT signatory becoming a member of NSG.

The NPT criteria being used to the hilt by China to keep India out of the NSG also applies to Pakistan. India has not signed the NPT on principle as it considers NPT as discriminatory and in favour of the Nuclear weapon States. India’s Prime Minister had stated in Parliament on 29 July 2009 that there is no question of India joining the NPT as a non-nuclear weapon state. Nuclear weapons are an intergral part of India’s national security and will remain so, pending non-discriminatory and global nuclear disarmament.