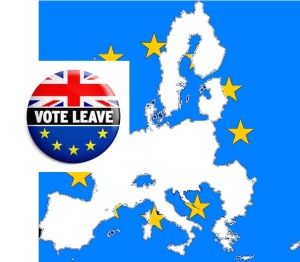 Democracy has spoken in the U.K., but democracy does not always make the best rational choice.

Great Britain has lost it’s Empire in the last century, now it’s in the process of loosing Scotland and Northern Ireland…..Great Britain has lost what was great about it…. a leader in a bigger entity that is Europe, it is now on the way to becoming a non-entity. If it looses Scotland and Northern Ireland, as it is poised to do so, in good logic it should loose it’s seat in the UN Security Council.

A great nation cannot afford to think like a self-supporting autarcique village which does’nt really exist, a great nation makes its presence felt as an influential member of a greater ensemble.

In today’s world no villager can do without produce from outside the borders of the village, without going back to the pre-industrial age. Further all types of collaborations with UE funding – For example between UK Universities and research institutions would be jeopardised. Last but not the least the London City will lose it’s place as the world’s leading financial capital. Multiple scenarios are possible. Scotland can still technically do a UDI and Northern Ireland vote to reunite with Eire…..When the heat and dust of the referendum settles down, it is ultimately the UK which will loose it’s greatness – having chosen misplaced national egoism over the overall short and long term interest of the archilpelago into which it has retreated.