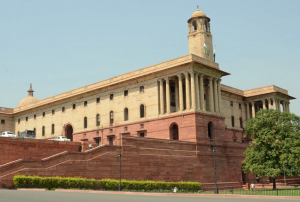 Prime Minister Narendra Modi’s agenda for administrative reforms and his proclaimed desire to turn the bureaucrats into “agents of change” has hit a huge roadblock as the IAS lobby continues to maintain its stranglehold on the system. In the latest instance, we have the case of non-IAS bureaucrats holding important positions in Government of India who have started pointing their fingers and are blaming the IAS lobby for  ensuring they are denied empanelment at Secretary, Additional Secretary or equivalent level. .

The empanelment of only IAS officers at Secretary, Additional Secretary or equivalent level, approved earlier this week by the Appointments Committee of the Cabinet, shows how the IAS lobby has succeeded in excluding the empanelment at this level even officers belonging to different All India services who are experts in their own right and have served as additonal secretary in various Government of India ministries and departments for a considerable period of time. This has created a lot of heartburn and left many senior-most officers belonging to different All India Services excessively disgruntled.

This past Sunday, the Appointments Committee of the Cabinet approved the empanelment of 9 IAS officers of 1982 Batch at Secretary or
equivalent level.

On Tuesday, June 14, the ACC approved the empanelment of 32 IAS officers of 1986 batch at Additional Secretary and equivalent level.

The following IAS officers have got empaneled this week for appointment as Additional Secretary and equivalent level: 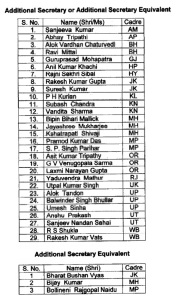