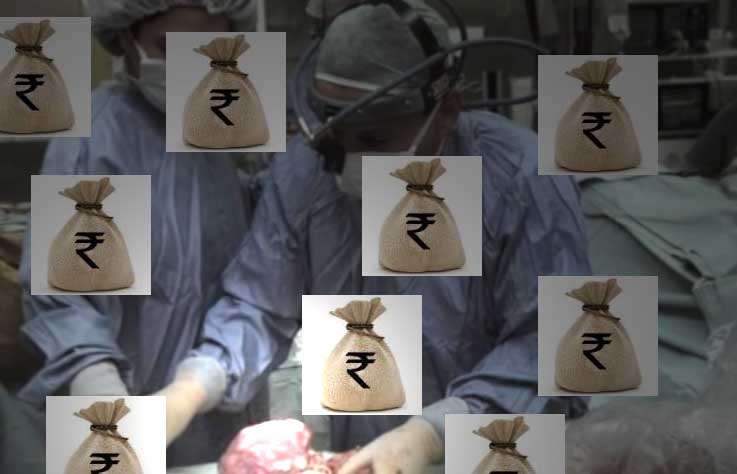 New Delhi: With the arrest of five persons, the South-East District Police in Delhi has busted a gang involved in illegal trade of human organs.

The Sarita Vihar police station had received information on May 30 2016 about a gang actively involved in illegal trade of human organs.
Prelimimanry investigation revealed that the members of the gang allured needy people from various parts of the country to donate their kidney in exchange of money.They also prepared forged papers including the ID proofs to establish the relationship between the Donors and the Recipients. It was further revealed that the hospital staff of Apollo Hospital were also involved in this racket.

The Recipients were charged a very high amount whereas a small amount was paid to the Donors. People from various parts of the country including West Bengal, Kanpur, Delhi, and Chennai became victims of this racket. The gang members were having their local contacts at different places across the country. They were bring the donors and recipients to Delhi and mking arrangements for their stay in Hotels to get their tests done and complete the paper work prior to the procedure.

The Police learnt that the gang had targeted two persons who were being brought to Delhi to get their tests conducted. The Police also gathered that the members of the gang would be coming to Apollo Hospital on 2 June 2016 to hold a meeting with the donor and relatives of a patient for negotiations.

A raid was conducted at the spot under the police scanner and three members of the gang Aseem Sikdar, Satya Prakash and Devashish Moulik were apprehended. Some fake Voter ID cards and Adhaar Cards along with a few photographs, were recovered from their possession. A case [FIR No. 268/16u/s 420/468/471/120-B IPC & 18/19/20 Transplant of Human Organ Act (THOA)] has been registered at the Sarita Vihar Police station in Delhi.

According to Delhi Police, the middle man used to lure the needy donor to donate kidney against payment of about Rs. 3-4 lakh. The donor was then brought to Delhi and made to stay in hotels. Medical tests of recipient and donor were conducted and once the compatibility match was done, the operation procedure was conducted in Apollo Hospital. Under the law, a detailed documentation and verification has to be done before organ transplantation:

Willingness of the donor;
Relationship of the donor withrecipient;
Proof of address/identification;
Proof of marriage;
Marriage photograph
Clearance of case by Hospital Internal Authorization Committee.

The entire procedure has to be mandatorily videographed.

The Police have found out that all mandatory documents were fraudulently made. A new set of the concerned documents were made by affixing the photo of donor showing him or her as recipient’s relative in the forged ID Card. The address and other details in the ID card remained the same as donor’s real relative. So far, 5 such cases have been detected. A large number of original files, CDs and documents have been seized.