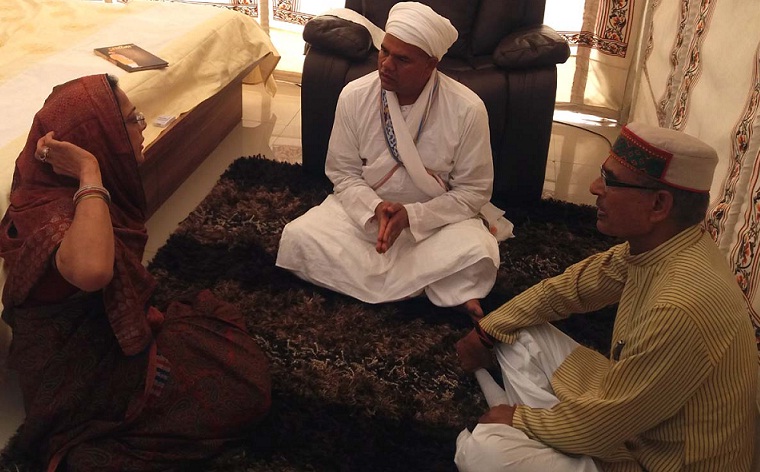 Bhopal: Chief Minister of Madhya Pradesh Shivraj Singh Chouhan volunteered labour in Ashrams of saints and seers on Saturday following the thunderstorm that devastated the Simhastha area at Ujjain killing 7 and wounding at least 100 others last Thursday (May 5, 2016).

At his Ashram, Mahant Shri Nritiyagopal Das offered a place to seat to the Chief Minister and held discussions with him. Sant Shri Ravishankar Prasad of Rawatpura Dham also held discussions with the Chief Minister and urged him to take rest in his cottage. Sant Ram Narayan Das of Handiya, Uttar Pradesh and Radhe Radhe Baba of Godarmau offered him Prasad. Sant Rampadarth Das from Girnar, Gujarat presented him dry fruits especially brought from the Himalayas.

When Mahant Ramroshan Das of Janakpur Dham and Sadhu Ramraidas of Vrandavan Dham saw the Chief Minister volunteering labour in their Ashrams, they urged him to come under shade and offered him cold drinks. The Saints and seers said that no one has control over natural calamities and were all praise for the Chief Ministerand his commitment and devotion towards saints and seers.