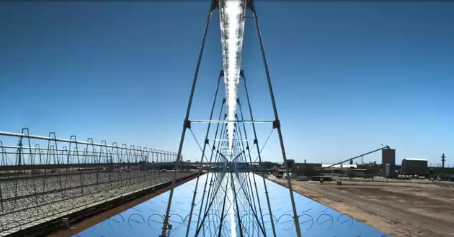 The downgrade follows the deterioration in SAIL’s financial profile after a prolonged weakening in international steel prices. SAIL’s debt-funded capex programme has magnified the impact of weak prices. SAIL posted an EBITDA loss of INR25.3bn in the nine months to 31 December 2015, compared with an EBITDA of INR36.8bn a year earlier, due to weak steel prices, competition from increased steel imports into India and muted steel demand growth in India.

Fitch expects SAIL’s financial profile to remain weak for the next 18 months and improve only moderately towards the end of the financial year to 31 March 2018 (FY18). Indian steel demand is likely to improve over the medium term, which will support better profitability at SAIL. This will help the company to reduce net leverage to below 4.5x after FY18.

The Negative Outlook reflects the risk of further weakening in steel prices, increases in Indian steel imports and weaker-than-expected steel demand over the next 12-18 months, which would make it difficult for SAIL to improve its profitability and thus its leverage.

Challenging Market Dynamics: Indian steel makers have been battling falling steel prices, high imports and muted demand during the last 12 months. The imposition of a minimum import price by the Indian in February 2016 and the extension of a safeguard duty on certain steel imports till March 2018 will provide some relief to domestic producers. Indian steelmakers’ profitability is likely to improve during 4QFY16 and 1HFY17. However, muted demand and expectations of overcapacity will limit the benefits of the measures for Indian steel producers in 2016. Fitch expects profitability of Indian steel producers, including SAIL, to remain weak in FY17.

Weak Financial Profile: SAIL’s financial profile has deteriorated significantly due to the EBITDA losses and increasing debt levels driven by its capex. We expect SAIL’s financial profile to remain weak in FY17 with minimal improvement in EBITDA margin and additional debt from the final stage of its capex programme. SAIL’s financial profile is likely to improve only from FY18, when sales volumes increase and profitability widens following better operating efficiency and cost control measures. Fitch expects SAIL’s net leverage to reduce below 4.5x by FY19.

Capex Largely Complete: SAIL’s has almost completed its capex programme for modernising and expanding its manufacturing facilities after significant delays. Only the expansion of the Bhilai steel plant has yet to be finished. SAIL is enhancing its crude steel capacity to 21.4 million tonnes per annum (FY15: 13.9 mtpa) and has spent INR615.5bn so far towards modernisation and expansion of the manufacturing facilities, and increasing iron ore and coal mining capacity. The delay in completion of the capex from the originally planned end-FY13 or early FY14, has resulted in weaker than expected cash flows and significantly higher debt.

Comfortable Liquidity: SAIL had cash balance of INR20bn and unutilised working capital limits of around INR11bn at the end of 2015. This compares with debt maturities of INR16.6bn in FY17. SAIL’s cash balance has been steadily decreasing due to its capex programme. However, with its major capex projects nearing completion, Fitch expects SAIL’s liquidity to remain adequate. SAIL also has strong access to the Indian debt market.

Leadership Position: SAIL is largest manufacturer of steel in India. This position is supported by its high level of vertical integration. The company supplies all its iron ore requirements and it meets about two-thirds of its power needs from its captive power plants. However, SAIL has limited coking coal integration and imports more than 80% of its requirements. SAIL’s leadership is also supported by its established brand, country-wide sales network and presence in almost the entire range of low-carbon steel products.

Government Linkages: SAIL’s rating incorporate a one notch uplift on its stand-alone credit profile reflecting the moderate linkages with the state, India (BBB-/Stable), in line with Fitch’s Parent and Subsidiary Rating Linkage methodology. The state owns 75% of SAIL’s equity and retains significant control of the company. As one of seven state-owned entities granted Maharatna status by the government, SAIL enjoys significant operational and financial autonomy, including being able to decide on investment of up to INR50bn, or 15% of its net worth, in a project.

Fitch’s key assumptions within the rating case for SAIL include:

Positive: Future developments that may, individually or collectively, lead to the Outlook being revised to Stable include:

Negative: Future developments that may, individually or collectively, lead to negative rating action include: