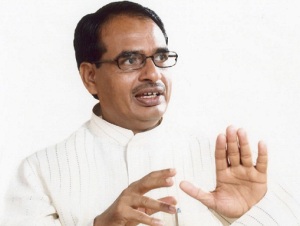 Bhopal : Chief Minister of Madhya Pradesh Shivraj Singh Chouhan has taken personal initiative to ensure a fully functional implementation of Mukhyamantri Community Leadership Development Scheme which is designed to provide impetus to tribal community and its development at par with other communities within the state of Madhya Pradesh. Reviewing activities of Tribal Welfare Department, CM took personal interest on the overall mechanism of implementation of Mukhyamantri Community Leadership Development Scheme in all tribal development blocks for social and political empowerment of tribals and development of leadership quality in them.

Amongst various steps gathered towards this initiative, the Chitrakoot Gramodaya Vishwavidayalaya has gone an extra mile and, through its 3-year graduation course under remote education, has started focusing on building leadership quality in tribal youths. This was informed at a review meeting of Tribal Welfare Department, when, the Chief Minister spoke of a collaborative approach for integrating departmental schemes and thereby implementing development activities and action plans as per requirements of districts. Chouhan said that a new schedule of reviews of work in progress had been charted out, according to which, here on, review of activities of Tribal Welfare Department would be undertaken on first Monday of every month.

CM expressed displeasure over slow pace of progress in Aawas Sahayata Yojana scheme introduced for tribal students and demanded field inspections. He said that responsibility of collectors and concerning departmental officers should be fixed in those districts which have not taken interest in implementation of the scheme. Reviewing distribution of scholarships and stipends, he said that delay and negligence in it would not be acceptable and students must be provided all available facilities. He also directed to initiate disciplinary action against district level officers committing negligence in sending proposals for new educational institutions. Reviewing scholarship for higher studies in foreign countries, Chouhan insisted that maximum cooperation should be extended to selected students in getting visa and completing other formalities.

Expressing happiness on strong enrollment headcounts, CM stated that large number of students of tribal areas have been selected in national level institutions like IIT and NIT last year, which motivates the government to strengthen this path further and make more result-oriented efforts in this regard. Education quality in remote schools also must be improved, said CM.

Reviewing issuance of forest land right to tribal families, Chouhan said that officers should review rejected claims and help deprived tribals get proper written communication regarding forest land rights. He said that preparations should be made to re-launch campaign for this, and on this regard, CM suggested to convene a joint meeting of Forest, Revenue and Tribal Welfare departments soon.

Reviewing Mukhyamantri Swarozgar Yojana, CM Chouhan demanded a consolidated list of tribal youths who have received self-employment guidance under the scheme, and wanted the concerned MPs and MLAs to take cognizance of the names in the list and establish dialogue with them.

Chouhan referred to the existing successful scheme of Gujarat and wanted the state of MP to study Gujarat’s Van Bandhu Kalyan Yojana for efficient use of budget for tribal welfare. Using such referrals, CM hoped that it would be easy to chalk out successful tried and tested effective schemes for tribal welfare, wherein, Central government could be coaxed and urged to sanction the schemes in proper time frame. A vision for tribal development in every district must be developed, said the CM, adding, priorities of work under Tribal Habitat Development Scheme should be fixed. He instructed the concerned authorities to accelerate pace of departmental construction works following discussions with Project Implementation Unit of PWD. Chouhan warned of initiating action against officers for negligence in disposal of cases pertaining to the department under CM Helpline.