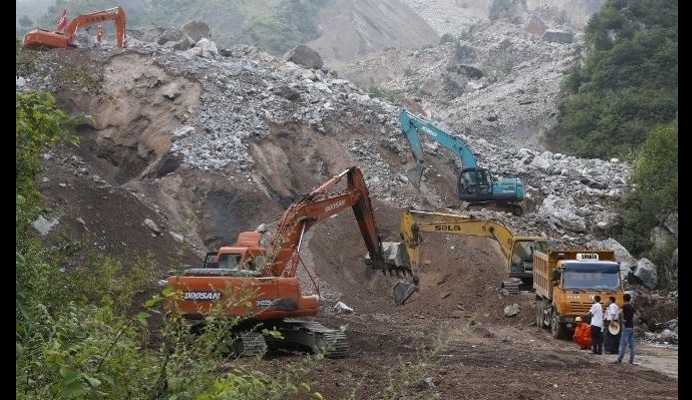 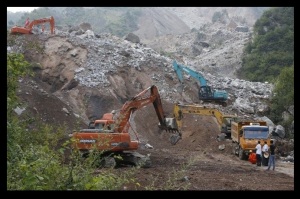 Shenzen : Firefighters used torches to search for survivors among the rubble after a landslide gripped 33 buildings and brought them down to rubble, in the south city of Shenzen in China. The buildings were either buried or damaged to severe magnitude of destruction, and local media informed that the landslide had spread around an area of 380,000 sq m (455,000 square yards). Hundreds of rescue workers still toil in the damaged area and are trying their best to bring out survivors and the ones trapped and severely injured due to the natural catastrophe that engulfed the vibrant industrial zone of southern China. Rescue operations are on in full swing and rescue workers are looking for survivors ever since the landslide hit almost three dozen buildings in the southern Chinese city of Shenzhen.

Seven people were pulled out from the rubble with minor injuries but 91 people are still reported missing, according to Shenzhen authorities. Sunday had witnessed massive evacuations as about 900 people were evacuated from the industrial park as the landslide struck yesterday. Shenzen is one of China’s biggest and major industrial centre geographically located in the southern province of Guangdong, across the mainland border from Hong Kong. The hustle-bustle of activity went to a standstill as a major landslide blanketed a vast area of 380,000 sq m (455,000 sq yards) covering it with up to 10m (32ft) of mud. The landslide resulted in an explosion at a natural gas pipeline in the affected area. Workers working across the time zone have successfully managed to clean up about 400m of damaged pipeline and are presently working with full efforts on repairing and restoring the gas pipeline to as much functional level as possible.

Initial investigations by authorized agencies in China revealed that the landslide took place when a huge mound of soil and construction waste became unstable and collapsed. As a result, the mound had accumulated at a stone quarry that had been converted into a dumping area with its entrance and exit facing an industrial district. This was confirmed by local residents, who, while evacuating from the surrounding area, heard loud roars when the landslide had happened.

Rescue operations are in greatest magnitude and search for the missing 91 persons is on at high speed.