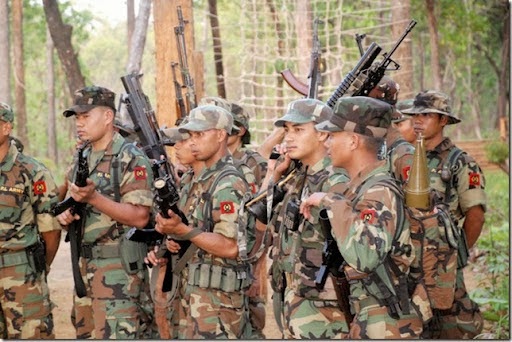 Aizawl : A cash reward for information terrorists in Mizoram has been announced by ruling government in the state. Mizoram government has announced a cash reward of Rs one lakh each for anyone giving information in connection with five terrorists of Manipur-based Hmar People’s Convention (Democrats) who were involved in the ambush of members of a state assembly committee on March 28.

The attack had rendered fatalities of force personnel as three policemen were killed in the ambush of team of state legislature’s committee. Terrorists had attacked police personnel and an encounter took place between terrorists and force personnel which resulted in fatal injuries to both sides. The great loss to police team stirred the government and thus triggered off search operation. Certain tip offs have been gathered, but specific information regarding Manipur and Lalchanwala terrorists is still wanting. The militants are – Thanglawmvel, Rinsang and Lalrohuol all of them from Manipur and Lalchawimawia and Jacob, both from Mizoram.

One of the leaders of the Hmar militants was an ex-police personnel. This person named Malsawmkima ambushed the team of assembly committee. He was the one who had deserted state armed police some time back. This militant was caught in the ambush and trapped in police net. Police force gunned him down in an encounter  on May 8 inside Manipur. In case of Reuben Lalrammawia, another militant involved in ambush, a similar scenario evolved when he got arrested on September 22 at Hmarkhawlien village in Assam while commander of the group Lalbiakliana was nabbed inside Manipur on October 16.

State Home Minister R. Lalzirliana said there could never be peace negotiations with HPC (D) unless the latter returned all weapons snatched from policemen in March 28 ambush. The cash reward is viewed as a motivating temptation for localites to shed their scare and come forward to share info which they have been holding, just in case.