US report on Counterterrorism indicts Pakistan on several counts 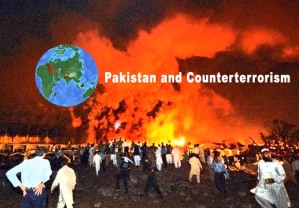 The “Country Reports on Terrorism 2014” prepared by the Bureau of Counterterrorism and released by the US Department of State recently indicts Pakistan on several counts on the issue of counterterrorism cooperation.

The chapter dealing with Pakistan in the Bureau of Counterterrorism Report underscores that Pakistan remains a critical counterterrorism partner that is plagued with numerous violent extremist groups, many of which target Pakistani government or members of other religious sects but at the same time points out in categorical terms that counterterrorism cooperation with Pakistan during 2014 was mixed, and Pakistan continued to deny visas for trainers focused on law enforcement and civilian counterterrorism assistance.

Delays in obtaining Pakistani visas for training personnel have been an obstacle to counterterrorism assistance for security forces and prosecutors, including assistance planned through the Department of State’s Antiterrorism Assistance program, most of which was redirected to other regional partners.

The Report goes on to assert that Anti-Terrorism Courts in Pakistan have limited procedures for the admission of foreign evidence. The trial of seven suspects accused in the 2008 Mumbai terrorist attack was ongoing at year’s end, with prosecution witnesses recording statements before the court. Security concerns and procedural issues resulted in a slow pace of trial proceedings. On December 18, the court granted bail to the lead defendant, alleged Mumbai attack planner and LeT operational commander Zakiur Rehman Lakhvi. (On December 19, the government detained Lakhvi for at least four months under the Maintenance of Public Order Act).

It has further been highlighted that Pakistan’s cooperation with the United States on information sharing and law enforcement needs improvement with respect to kidnapped U.S. citizens. Law enforcement cooperation continued with respect to terrorist attacks and plots against U.S. personnel, and the Embassy and Consulates General in Lahore, Karachi, and Peshawar. Pakistani law-enforcement officials have pledged to assist in the apprehension of U.S. citizen fugitives in Pakistan but practical implementation of this pledge also has been lacking, it has been pointed out in the Report.

While bringing in focus Pakistan’s role as an active member of the Asia/Pacific Group on Money Laundering (APG), a Financial Action Task Force (FATF)-style regional body. Pakistan made a high-level political commitment to work with FATF and the APG in 2010 to address its strategic anti-money laundering/countering the financing of terrorism (AML/CFT) deficiencies, the Report says, Pakistan approved and enacted amendments to the ATA to rectify deficiencies identified by the FATF in its authority for freezing terrorist assets in accordance with international standards and UN Security Council Resolution (UNSCR) 1373 in June 2014 but since then, despite the ability to freeze and confiscate terrorist assets, Pakistan had not yet implemented that legislation (till the end of 2014). [More on Pakistan and Money laundering]

The Report reveals that the UN-designated terrorist organizations continued to skirt sanctions by reconstituting themselves under different names, often with little effort to hide their connections to previously banned groups, and the Pakistan government was not prosecuting such cases. Although Pakistan added some named groups to its proscribed organizations list, implementation of UNSCRs 1267 and 1988 remained weak. Pakistan also issued a UNSC Enforcement Order in 2012 setting out a range of sanctions for non-compliance in the implementation of UNSCR 1267, but had not used this authority. The FATF has determined that Pakistan needs to increase the administrative monetary penalty available or legislate for additional criminal sanctions.

The Bureau of Counterterrorism leads the Department of State in the whole-of-government effort to counter terrorism abroad and to secure the United States against foreign terrorist threats.