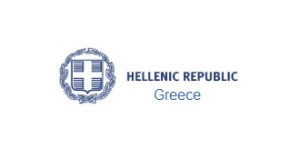 Athens: Voters in Greece, a country bathed by the  Mediterranean  in Europe that has gone into a into a tailspin of debt and and is facing a massive economic crisis, on Sunday overwhelmingly (61%) gave a referendum against the tough bailout terms of international creditors.

Greek Prime Minister Alexis Tsipras has taken the veiw that the Sunday poll result does not indicate a “rupture” with Europe.
Prime Minister Tsipras’ statement after voting in the July 5th referendum
Today is a day of celebration because democracy is a cause to celebrate, to be joyful. And when democracy conquers fear and blackmail, then it also leads to redemption, and a way forward.
Today, the Greek people send a very powerful message. A message of dignity, of determination. A message that they are taking control of their choices. Many may try to ignore the will of a government. But no one can ignore the will of a people who are seeking to live with dignity, to live life on their own terms.
Today, democracy trumps fear. Our people’s determination trumps fear. I am confident that tomorrow we will set a new course for all the peoples of Europe. One that will return us to Europe’s founding values ​​of democracy and solidarity, and will send a strong message that we are determined to not only to remain in Europe but to also live with dignity in Europe. To prosper, to work as equals among equals.
Let us, then, take a decisive stand in support of democracy–for a better future for all of us, in Greece and Europe.

Tsipras’ message before the Sunday Poll

The time for responsibility and democracy has arrived. The fear-mongering and threats of disaster must stop.
When a nation takes a stand on its future, it has nothing to fear.
Let us all go to the polls calmly, and let us make our choice based on the arguments–and not the slogans.
Yesterday an event of major political importance occurred. The International Monetary Fund released a report concerning the Greek economy.
The report is a great vindication for the Greek government; it confirms the obvious–that the Greek debt is unsustainable.
Per the IMF, the only way that the economy can recover and the debt be made sustainable is through a 30% haircut and a 20-year grace period.
The institutions never presented this report to the Greek government during the five months of the negotiation, during the five months that we have been negotiating.
It is also missing from the institutions’ final proposal that the Greek people will be approving or rejecting on Sunday.
The IMF’s report vindicates our choice to not accept a deal that ignores this integral issue, making the debt sustainable.
In short, the main driving force behind the memorandum has confirmed our assessment, the fact that the proposal we were given will not lead to a sustainable exit from the crisis.
We should all recognize this crucial fact.
On Sunday, what will be determined is not whether Greece remains in Europe.
What will be determined is whether, under duress and blackmail, we will accept the continuation of a policy that even its creators are now admitting has failed.
On Sunday, what will be determined is whether we will consent to the slow death of our economy and the impoverishment of our society.
If we will accept to further reduce pensions, so that an unsustainable debt will be repaid with the savings of the pensioners.
Or, if with determination, we will strengthen our negotiating resolve to achieve an agreement that will finally put an end to the destruction of the last five years.