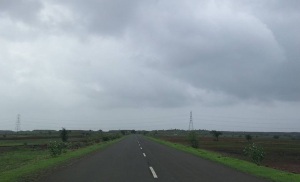 Since the launch of the Prime Minister’s Rural Roads Scheme, sanction has been granted to construct 16346 roads in Madhya Pradesh with a total length of 69643 kms. These include roads under the Integrated Action Plan (IAP) in naxalite-affected districts. Work on 13618 roads with a total length of 61271 kms has been completed. Of the total amount of Rs. 19143 crore sanctioned by the Centre for rural roads in Madhya Pradesh, Rs. 15368 crore has been spent.

For road construction under Pradhan Mantri Gram Sadak Yojana, Madhya Pradesh received assistance to the tune of Rs. 13488 488 crore for 57593 km long roads and Rs. 3478 crore for 2858 roads with a total length of 12049 kms from Asian Development Bank (ADB). Till May this year, work on 51391 kms of 11583 roads with a total outlay of Rs. 12655 crore has been completed in the state. Similarly, with the help of Asian Development Bank, 2035 roads measuring 9880 kms were constructed at a cost of Rs. 2583 crore. Madhya Pradesh will get as grant the amount repaid to Asian Development Bank by Government of India under the Prime Minister’s Rural Roads Scheme.

Special attention is also being paid on quality of construction under Prime Minister’s Rural Roads Scheme. For this, 3-tier monitoring arrangements have been made. Aong with departmental inspectors, state quality monitors and national quality monitors have also been appointed. They inspect all road construction works from time to time. Along with departmental staff, supervision and quality control consultants have also been appointed to ensure quality of works.