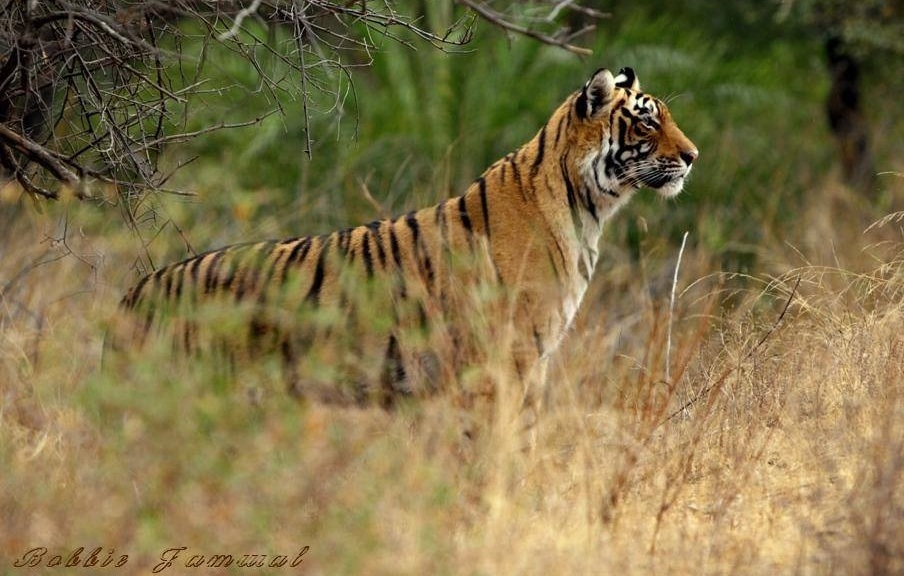 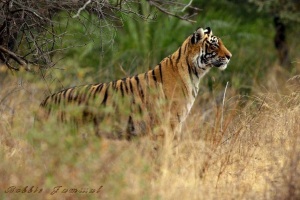 Tiger photo by Bobbie Jamwal,  Managing Director Quest, New Delhi, India. He is a front ranking consultant in areas like InfoTech, Infrastructure, Eco-Technologies, Health Care, Aviation and Wildlife Conservation. He is an avid wildlife photographer and is deeply concerned about the fate of tigers.

On a social networking site, Bobbie Jamwal writes: “The Politician-Mafia combine has finished this country and it’s rich resources. Our forests, lands and rivers have been completely destroyed by their insatiable greed.This is Bobbie’s response to a facebook remark on a photo of a tiger shot by him. The FB comment on his photo reads: “Homo sapiens have played havoc with the tiger territory. But for a handful of concerned human beings this magnificent specie would have got wiped out completely.”