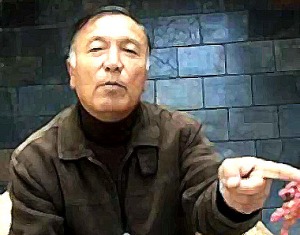 New Delhi: The Central Bureau of Investigation on Friday filed supplementary charge sheet against the entire top leadership of Darjeeling’s ruling party – Gorkha Janmukti Morcha (GJM), the Chief of Gorkhaland Territorial Administration (GTA) and eight others, including an MLA from Kalimpong Assembly Constituency of West Bengal; then Deputy Chief Executive of Gorkhaland Territorial Administration (GTA); then Vice President of GJM, the then Chairman of GTA and a few others for criminal conspiracy and murder of Madan Tamang, a Gorkha leader and the president of Akhil Bharatiya Gorkha League (ABGL) – a moderate faction of the Gorkhaland movement.

Those accused in the Magan Tamang muder case have been charged by the CBI for criminal intimidation and other offences under section 120-B read with 150, 506, 302 of IPC and against 14 others for criminal conspiracy for murder, rioting armed with deadly weapons, and committing murder under section 120B read with 147, 148, 149, 427, 506, 302 of IPC in the Court of Principal District and Sessions Judge, Calcutta Civil and Sessions Court, Bichar Bhavan, Kolkata(West Bengal).

It was alleged in the FIR that at around 09.20 AM on 21.05.2010 while Madan Tamang, a Gorkha leader, and the president of Akhil Bharatiya Gorkha League (ABGL)- a moderate faction of the Gorkhaland movement – was busy in the preparation of a public meeting at Club side Motor Stand of Darjeeling, a gang of another private organisation who were armed with deadly weapons suddenly attacked the supporters of Tamang. In this attack, Tamang, who was hacked by khukris, sustained grievous injuries and was shifted to hospital where doctor declared him brought dead.