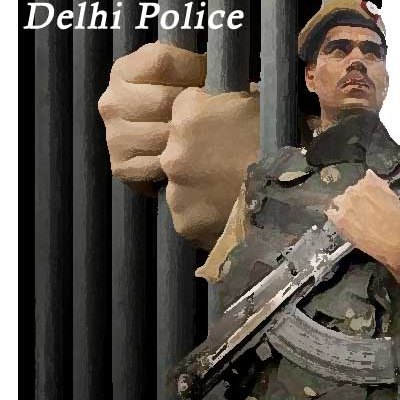 New Delhi: The most wanted gangster of Delhi, Neeraj Bawana, has been caught by a team of Special Cell. The gangster was on the run for over 18-months. During this period massive effort was put in by Delhi Police to trace this criminal but he remained elusive and could dodge the police for a long time due to his uncanny and strategic moves and his expertise and knack when it came to using the internet as a perfect communication tool to build and operate his network.

Neeraj Bawana was on parole when on October 26, 2013, his old friend turned a bitter foe Neetu Daboda, the then reigning don of Delhi, was killed in an encounter with the Special Cell. Neeraj saw this as the best opportunity to assert himself and to take over the command of the underworld. Neeraj proved that he was much ahead of Neetu in terms of cunningness and realised that instead of taking on the Police directly as Neetu had been operating, he took the help of his mama (maternal uncle), a politician. Consequently Neeraj started spending a huge amount of illegally earned money to build his electoral fortunes. With his new system in place, Neeraj rose meteorically in the Delhi underworld.

In the long standing triangular gang-war of the area for supremacy of turf between Neetu Dabodia, who died in a Police encounter and Paras alias Goldy (currently in jail) gang, Rajesh alias Karambeergang (currently in jail) and Neeraj Bawana gang, the gang led by the elusive Neeraj Bawana had established itself as the most desperate outfit operating a syndicate of extortion and contract killings. The arrest or killing of all rival gangsters, the recent killing of one Pradeep Dahiya, a member of Neetu Daboda/Parasgang and the latest incident of escape from custody of Amit Mallick alias Bhura gave this gang an unrivaled edge over all other local gangs. He had become a major irritant to the peace and security of West,North-West and Outer Districts of Delhi.

Neeraj had become the big extractor of ‘protection money’ from legitimate as well as illicit businesses operating within “his territory of influence”. Victims found it difficult to muster the courage to report to the Police about extortion being carried out by his henchmen.  Wherever his associates got arrested, they only ended up strengthening his clout in the Tihar, Rohini, Nemka, Bhondsi,Meerut, Baghpat and Pauri jails spread across three States and complaints of extortion business run by his henchmen like Navin Bali alias Timepass or associates like Sunil Rathi started pouring in.

Neeraj started collecting money by systematized extortion from the DSIDC units operating in Narela and Bawana. He was also the prime protector of gambling and betting dens operating clandestinely within the areas of his influence. He was also involved in land grabbing and real estate business of benaami properties and was receiving a regular amount as rentals. With his clout, he had coerced and used many small and medium Industrial Units in Qamruddin Nagar area  as a safe hideout to meet his associates. For the Police, he remained elusive for long since his presence in an area was often vouched for by many but none could give a clue about his exact location at any given time.

While on the run, Neeraj kept himself involved in a series of heinous crimes, including extortion, robberies and contract killings and with his association network growing across different states, he went on to challenge the Police forces of three States – Uttarakhand, Uttar Pradesh and Delhi by scirpting the sensational escape from custody of a desperate gangster Amit Malik alias Bhura who had escaped from the custody of Uttarakhand Police while being taken to court in Baghpat in Uttar Pradesh. The gang of Neeraj  fortified itself with the addition of Amit Mallik, who absconded along with two official AK-47 and one SLR assault rifles.

This led to a determined chase by three State Police forces for over three months to trackdown this elusive don but while many of his associates got arrested, the don himself remained unreachable, roaming all over North, Central and Western India, setting up bases and developing newer contacts.

A team of Special Cell had been tasked exclusively to track down this gangster. The team arrested nine members of the gang including Parwesh Mann alias Sagar on  February 6, 2015, who had assembled in Outer Delhi’s Mundka area prior to the polling for the Delhi Assembly on February 7 this year for a show of strength in favour of Ms. Reetav Shokeen, a Congress candidate and wife of a local politician and an ex-MLA. Five firearms and two four wheelers were recovered from their possession. With these arrests, a determined bid by a criminal gang to disrupt free and fair polls was averted.

A Special Cell team had averted a certain courtroom tragedy on April 30, 2014 by apprehending and neutralising a gang of 10 criminals, who are associates of Neeraj Bawana-Naveen Baali gang who had come to the District Court at Rohini to eliminate another criminal, belonging to a rival gang.

Four other criminals belonging to the gang were arrested in March this year when one of them Naveen alias Bali, lodged in Tihar jail, threatened a businessman for extortion of money.

Soon after the escape of Amit Bhura, the Special Cell of Delhi Police arrested three associates of Neeraj Bawana, who had participated in freeing him from the custody of Uttarakhand Police.  This was followed up by the arrest of four others in two separate operations.

The team ofSpecial Cell tasked to track this don interrogated scores of victims, associates, those arrested and sympathizers and realized over a period of time that Neeraj was, to almost all of them, an ‘enigma’ – a ‘ghostly figure’ and someone best described as ‘kab aata hai aur kab ghayab ho jaata hai, pata hi nahi chalta’ (when he comes and when he goes, no one knows). It was learnt that the gangster was observing ‘complete radio silence’ and was exploiting hitherto unheard loopholes in internet based communications which were meant to confuse even the most keen observers in determining his real coordinates.

It was realized by the Police that ‘out of the box’ thinking alone would be of any use in attempts to track down this fugitive gangster. And thus started a long drawn complex operation involving human intelligence, newer ‘aerial surveillance’ and technical penetration which took long and painstaking efforts in collation and analysis of data about Neeraj.

The outcome of almost six months of sustained efforts was that the broad contours of the gangster’s track started becoming clear to the Special Cell. Delhi, Meerut, Ranchi, Kolkata, Agra,Ahmadabad, Vadodara, Silvassa, Diu, Udaipur, Chandigarh, Rohtak were the places being touched by the don but at none of these places he was he found to be in touch with his known contacts. This made the task of the Police even more difficult. Even the vehicles he was using were being changed at a frentic pace. Many small teams kept picking up vital clues to come to some sort of understanding of what was going on in his mind. This led to the discovery of a fully furnished rented flat taken by the don in Kolkata, his contacts with various property dealers and taxi operators in other cities and information platforms. The technological camouflaging being used by the fugitive don was of the highest order – while he would project his presence in Kolkata, his actual position would be found to be in a place like Agra. The time lag which exists in the receipt and analysis of complex data associated with aerial surveillance was giving him the edge and he was always a good 24 to 48 hours ahead of the Police team which was trailing him at all the above mentioned places. However, the gangster could not match the efforts and investments made by the team trailing him in silently developing human resources at many of the places he was visiting.

One typical characteristic of the don that got revealed as the Police remained on his trail for nearly three months was that once in a while, he used to turn up in Delhi as it was imperative that his presence was required for those who were being threatened for extortion by his henchmen.

The vast network of Police informers delivered results when in the late evening hours on April 6, the Police received information that Neeraj would be coming to Qammaruddin Nagar at around midnight and from there go to Bawana to meet family members in a white Hyundai Verna car bearing registration number 4386. Immediately, a crack police team was formed and briefed about the input. The team, armed and equipped with IO Kit and BP vests rushed to Main Rohtak Road, Qammaruddin Nagar and laid an elaborate trap. early morning today, a white color Hyundai Verna car with a number plate DL-8C-AF-4386 was spotted on the road from one of the vantage points of the trap and with a quick relay of this information, the road was cordoned using two Government vehicles and the Police team closed in on the suspected vehicle. The suspect car that moved towards Ranikheda-Karala road was cornered after a brief chase. The occupants of the car, two in number, attempted an escape by opening fire towards the advancing Police party. The Police party also fired in self-defence. None from either side suffered any gunshot injury and after a brief scuffle, both the occupants were overpowered. The driver of the car was identified as Neeraj Sehrawat alias Neeraj Bawana and the co-passenger was identified as one Mohd Rashid Khan alias Guddu, resident of Vishnu Garden in New Delhi.

One ‘Smith & Wesson Springfield’ pistol and another pistol with ‘US Made’ engraving were recovered from the apprehended accused persons along with live and spent cartridges. A case under Sections 186/353/307/34 of IPC read with Sections 25/27/54/59 of the Arms Act has been registered by the Special Cell Police Station. Neeraj is also wanted in another case under the MCOC Act. His brother Pankaj has already been arrested in this case and is presently in police custody.

From the Dehi Police file: Criminal profile of Neeraj Bawana