US, UK caution against attempts to undermine Electoral Commission’s independence in Nigeria 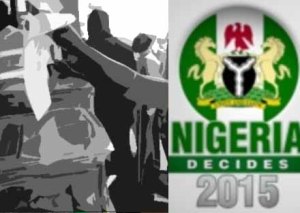 Kerry and Hammond stated that the Nigerian people have shown a commendable determination to register their vote and choose their leaders.

The joint statement goes on to say; “So far, we have seen no evidence of systemic manipulation of the process. But there are disturbing indications that the collation process—where the votes are finally counted—may be subject to deliberate political interference. This would contravene the letter and spirit of the Abuja Accord, to which both major parties committed themselves.”

The Governments of the United States and the United Kingdom would be very concerned by any attempts to undermine the independence of the Electoral Commission (INEC), or its Chairman, Prof. Jega; or in any way distort the expressed will of the Nigerian people, it has been emphasised.