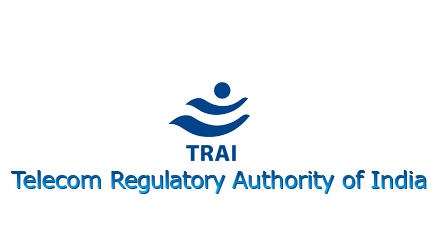 New Delhi: The Department of Telecommunications under Ministry of Comunications and IT has commenced the process to appoint a new chairperson of Telecom Regulatory Authority of India (TRAI).

The Post of chairperson TRAI will be falling vacant on May 14. At present the TRAI Chairperson is entitled to a pay package of Rs. 4,50,000 per month (without house and car). An employee of the Government, on selection as TRAI Chairperson, will have to retire from service before joining as head of TRAI.

Under Section 4 of the TRAI Act, a person having special knowledge of and professional experience in telecommunication, industry, finance, accountancy, law, management or consumer affairs is eligible to apply for the post. a person who has been in service of the Government shall not be appointed as a member or chairperson of TRAI unless that person has held the post of Secretary or Additional Secretary to the Government of India or any equivalent post in the Central government or the state Government for a period of not less than three years.

The prescribed format of application for this post can be downloaded from http://www.dot.gov.in or http://www.trai.gov.in and the application along with relevant documents can be sent by email to ek.dass@nic.in latest by 5.30 pm on April 9, 2015

Telecom Regulatory Authority of India (TRAI) was established on February 20, 1997 by an Act of Parliament to regulate the telecom services, including fixation and revision of tariffs for telecom services which were earlier vested in the Central Government.

TRAI’s goal is to create and nurture conditions for growth of telecommunications in the country. The main purpose of TRAI is to provide a fair and transparent policy environment, create a level playing field and facilitate fair competition.

The TRAI Act was amended by an ordinance (effective from January 24, 2000) to establish a Telecommunications Dispute Settlement and Appellate Tribunal (TDSAT) to take over the adjudicatory and disputes functions from TRAI. TDSAT was set up to adjudicate any dispute between a licensor and a licensee, between two or more service providers, between a service provider and a group of consumers, and to hear and dispose of appeals against any direction, decision or order of TRAI.