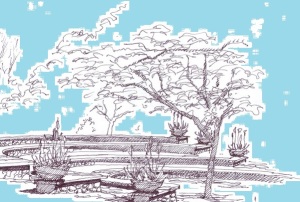 Jammu: About ten acre of land has been acquired for bringing up the first- ever Biotechnology park in the State of Jammu & Kashmir. This land was acquired by Science & Technology Department at Gaati SIDCO Phase-III Industrial Complex in Kathua district (about 10 km from Kathua town on the Jammu-Pathankot National Highway). The work on the project will start in the next few weeks.

A proposal for a Biotech park in Srinagar had also been moved simultaneously by the Centre but that project has got delayed because of certain issues related to land acquisition. The Biotech park in Kathua will be brought up at a total cost of about Rs.80 crore. The work on the project will be carried out in three phases and the first phase will be completed in next 3 to 4 years.

Following the acquisition of land for the Biotech park in Jammu region, Union Minister of State (Independent Charge) of the Ministry of Development of North-Eastern Region (DoNER), MoS PMO, Personnel, Public Grievances, Pensions, Atomic Energy and Space, Dr. Jitendra Singh said Indian biotechnology is one of the fastest growing areas and is expected to play a vital role in shaping the overall economy of the country during the next two decades. The Industrial Biotech park in Jammu, Singh said, will promote research based entrepreneurship and development of biotech industry. Outlining some of the salient activities envisaged in the proposed Biotech park in Kathua, the Minister said, for research purposes there will be a Biotech Information Centre as well as pilot scale units for micro propagation and medicinal plants extraction. In addition, there will also be a training cell and a business support facility cell.