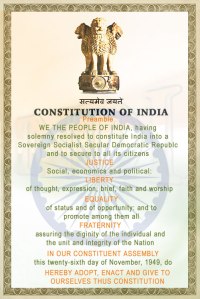 After Prime Minister Narendra Modi had accepted R.K. Pachouri’s resignation from the PM`s Council on Climate Change following allegation by a 29-year-old researcher with The Energy Resources Institute (TERI) that Dr Pachauri (75), had been sexually harassing her, a former diplomat, who has had first-hand global exposure to the universally embraced position that slipping on the moral ground is unacceptable when the credibility of the high and mighty is at stake, had responded by quipping “Pachouri should have been sacked.”

Credibility – not only of the high and mighty but even that of the Indian Federal system and the writ of the Constitution – has been challenged as Madhya Pradesh Govenor Ram Naresh Yadav has refused to step down even after a first information report (FIR) was registered against him by the Special task Force of Madhya Pradesh Police in a case linked with the Madhya Pradesh Professional Examination Board and the massive recruitment and medical admission scam. In the case of Yadav, it is not just the needle of suspicion that is pointing at him. The police have even registered a case and accused him of committing a criminal offence. Already an axed OSD to the Governor Dhanraj Yadav is in jail facing prosecution in the PEB scam case and allegations are also mounting against the Governor’s son.

Last August, Supreme Court of India had admitted a petition by the Mizoram Governor and the then Governor of Uttarakhand Dr. Aziz Qureshi. He has challenged the conduct of the Union Home Secretary who had called and asked for his resignation. Qureshi has sought the apex court’s direction with regard to Article 156 of the Constitution that spells out the only manner in which a Governor of a State can be removed. In this backdrop it is strange that the present Governor was also directed by the Home Ministry to resign.

In the case of Yadav, the entire issue of credibility has been swept under the carpet as the Governor has chosen not to vacate his office and approached the Jabalpur High Court with a petition asking that the FIR against him be quashed. In the process, while the High Court is seized of the matter, Yadav hopes to continue as Governor. Notwithstanding the general mood of the people, when a large cross-section of citizens are saying “he is an unwanted governor”, the tenure of the present Madhya Pradesh Governor would obviously get prolonged despite the charges against him only as per the wish of the Central Government and with the “Pleasure of the President”.

Reflecting on the present controversy, the Governor’s office and the issue of credibility and constitutional authority and good governance, it would be appropriate to look back at events as they unfolded about 22-years ago. In June 1993, there was an exclusive news story by me in The Hindu with Bhopal dateline revealing how the then Madhya Pradesh Governor Kunwar Mahmud Ali Khan was communalising the Bhopal police stations in the post-Ayodhya scenario during President’s rule. As an obvious follow-up of that story the Governor was dismissed and was relieved on June 23, 1993 at the direct initiative of the then Prime Minister P.V. Narasimha Rao.

In the wake of the Ayodhya riots, when Madhya Pradesh was brought under President’s Rule, the Governor had ordered an inquiry by the state GAD secretary into the acts of omission and commission by bureaucrats and police officers leading to the riots and aggravating the situation. There was a follow-up story by me again in The Hindu questioning the inquiry by a relatively junior officer when the State chief secretary and Director General of Police were also under the purveiw of inquiry as they were monitoring the riot situation on a continuous basis by remaining present in the Police control room. The Governor had responded immediately and the entire process was upgraded by appointing a Judicial commission of Inquiry. Subsequently, when it was pointed out by me through the columns of The Hindu that the objectivity of Inquiry could be established only by replacing the then Chief Secretary and the DGP, the Governor was quick in announcing their removal (second fortnight of December 1992). After this, a constitutional crisis persisted for several days as one of the Advisers to the Governor, holding the General Administration Department (GAD) portfolio, had put his foot down and refused to implement the Governor’s order. Again, on January 1, 1993 I did a piece in The Hindu drawing the Union Government’s attention towards this critical issue. The same morning the Governor got a command from the Centre asking him to divest the erring Adviser, a former chief secretary, of the GAD portfolio take up the task of enforcing his own order.That forenoon, the Governor drove to the State secretariat and occupied the chief minister’s chamber – the first time any governor did that in Madhya Pradesh – to oversee the removal of the chief secretary and DGP. It is an entirely a different story that the same Governor was later removed when he got derailed and had violated the letter and spirit of the Constitution.