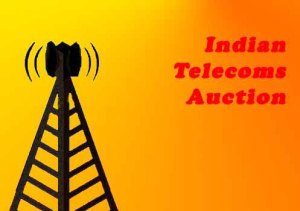 The Indian telecoms auction starting today is likely to see intense bidding by telcos to retain their existing spectrum and to acquire new spectrum as supply is limited, says Fitch Ratings.

Telcos, according to Fitch, are likely to commit at least USD 13bn in the auctions – over 75% of which is likely to be contributed by the top-four telcos. Most telcos’ net debt will rise to fund spectrum payments while competition limits their ability to raise tariffs, particularly with the impending entry of a new competitor, Reliance Jio.

Idea is most exposed to the auctions as it needs to retain its expiring spectrum in circles which contribute around 70% of its annual revenue. Such revenue contributes 45% and 35% of annual Indian revenue for Vodafone and Bharti, respectively. Telcos whose 900MHz spectrum is expiring will prefer to retain this bandwidth, as having to switch frequencies could require significant capex and disruption of the already-established network.

Reliance Communications Limited (Rcom, BB-/Stable) will be the least affected of the top four, as Fitch believes it is likely to commit a maximum of USD667m in seven circles, where we expect competition for spectrum will be lower. Rcom’s management expects this cost to be lower.

We expect Bharti’s and Rcom’s ratings to remain unchanged, as their 2015 funds flow from operations (FFO)-adjusted net leverage is likely to remain below 2.5x and 5.0x, respectively, following the auction. Most telcos have already raised equity or monetised assets in anticipation of spectrum auctions. During 2014, Bharti, Idea and Rcom raised about USD2.5bn, USD625m and USD1bn apiece through either equity and/or asset sales. Cash flows will still be manageable, as telcos have the option to pay spectrum cost in phases, with one-quarter upfront and the balance over 10 years.

Reliance Jio (part of Reliance Industries Ltd (BBB-/Stable)) which plans to roll out its services in 2015 with an investment budget of USD12bn, is likely to fill its spectrum gaps in the 1,800MHz band. We feel it will probably focus on data services using “long-term evolution” technology, with its ownership of 1,800MHz spectrum in 14 circles and a pan-India spectrum in 2,300MHz. However, as occasionally seen in the earlier auctions, Reliance Jio could push up the spectrum price in 900MHz for other telcos, if it chooses to do so, as the auction mechanism hides the identities of participants.

Eight operators are likely to bid for a total of 465MHz of spectrum across four bands – 800MHz, 900MHz, 1,800MHz and 2,100MHz – where each band is valid for 20 years. Bidding is likely to be most intense for the 900MHz band, which can be used for both 2G and 3G, as signals can travel further and provide better indoor coverage than higher frequencies. We believe that the 900MHz auction price could rise at least 20% higher than the reserve price.