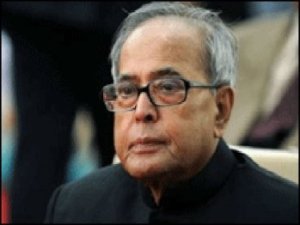 New Delhi: President of India Pranab Mukherjee today said that terrorism and Left Wing Extremism pose a grave challenge to the internal security of India and the Government of India is firmly committed to deal with these challenges in cohesive collaboration with the affected people and Governments of the affected States in a holistic manner.

The president was addressing the joint session of both Houses of Parliament today.

With specific reference to Jammu and Kashmir, Mukherjee said that J&K occupies a place of enormous importance in the agenda of the Central Government that has endeavored to create a conducive and enabling environment in that state, especially for the various displaced segments of its population. This includes facilitating the rehabilitation of over 60,000 Kashmiri Pandit families. The Government has taken effective steps in this regard. These include, inter alia,providing Government jobs, economic opportunities and security. During the recent unprecedented flood situation in the State, my Government made special efforts in collaboration with the State Government to minimize the impact of disaster and augment rehabilitation measures. The nation is deeply indebted to our armed forces and paramilitary forces for the outstanding service rendered during the relief operations to flood affected people in Jammu & Kashmir.

Mukherjee said in his speech that the central Government is committed to taking all possible measures to stop generation of black money, both domestically and internationally. These measures include putting in place robust legislative and administrative frameworks, systems and process with due focus on capacity building, integration of information through technology, and fast tracking prosecution.

The President said that the Central Government has launched the “Make in India” programme which aims to create a wholesome eco-system to transform India into a manufacturing hub. FDI in Railways has been opened up selectively to bring in much needed capital, state-of-the-art technology and global best practices. FDI in Defence has been increased to 49% subject to certain conditions. FDI norms in Construction & Development sector have been relaxed. Continuous evaluation of Inverted duties is being undertaken to make Indian industries competitive. Stress is being laid on research and innovation. While focusing our attention on manufacturing for creating more jobs, my Government will continue to work on our formidable strength in the service sector.
The Government, Mukherjee said, is committed to restoring and rejuvenating the soul of cities that are home to rich cultural heritage of our country. A scheme‘Heritage Development and Augmentation Yojana’ (HRIDAY)covering 12 cities in the first phase has been launched with the predominant objective of preserving the tangible and intangible cultural assets of these cities.

The Government is also committed to implement the idea of SMART Police (Smart but Sensitive, Modern and Mobile, Alert and Accountable, Reliable and Responsive, Tech-savvy and well Trained) to provide efficient, courteous and effective citizen services.

The President told parliament that in order to harness the enormous potential in the tourism sector, a new Tourism policy for growth and sustainability of tourism is on the anvil.”Tourist Visa on Arrival”enabled with Electronic Travel Authorization, has been expanded to 44 countries. Infrastructure and amenities are being upgraded in major tourist and pilgrimage destinations. River Ghats in several pilgrim destinations are being renovated. A special initiative for protecting and preserving the sanctity of our tourist destinations and monuments of national heritage has been launched. Dedicated tourist trains covering Jyotirling Circuits, Sukhmangal Circuit and Dakshin Dham Circuit have been started. A new scheme has been launched for development of tourist circuits called”Swadesh Darshan”,which includes Krishna Circuit, Himalayan Circuit, Coastal Circuit, Buddha Circuit, and North East Circuits. A Statue of Unity is being constructed to commemorate the memory of Sardar Patel.

The President said that Water is the lifeline of human civilization. River Ganga has a very special place in the collective consciousness of our country.”Namami Gange”,an Integrated Ganga Conservation Mission has been set-up with budgetary allocation of more than ` 2000 crore. The Government is fully committed to the implementation of Interlinking of Rivers Project with due consultation process.

The Central Government, Mukherjee said, took several proactive steps for protecting wildlife and for promoting cleaner environment. Stringent emission norms for cement industry were prescribed. Real-time online monitoring of industrial units in 17 critically polluting sectors was started and National Air Quality Index launched. Compensatory Afforestation Fund Management and Planning Authority (CAMPA) would be strengthened and adequate funds released to States/UTs for aggressive afforestation and wildlife protection. He said that Power sector has made commendable progress achieving 76% capacity addition by January, 2015 against the 2014-15 target of 17,830 MW. In order to provide 24×7 quality power in rural and urban areas, the Deendayal Upadhyaya Gram Jyoti Yojana with an outlay of more than ` 43,000 crore and theIntegrated Power Development Schemewith an outlay of more than ` 32,600 crore, have been launched.

The President said that the Government has taken proactive steps to promote shipping industry. These include giving life-time licenses to Indian ships, allowing Indian ships to flag out of country’s waters freely, reduction of excise duty on bunker fuel and reduction of customs duty on the steel scrap of ship breaking. Government has also formulated “Sagar Mala” Project to promote Port-led development of the coastal regions and communities. As part of”Make in India”initiative, ship designing capabilities, ship-building and ship-repair activities will be strengthened. An environment is being created to increase the Indian shipping tonnage and to reduce the transaction time on ports. An institutional arrangement for comprehensive development of National Waterways for transportation has been envisaged through the‘Jal Marg Vikas’Project.

The National Urban Development Mission is being finalized, particularly focusing on water and solid waste management infrastructure. After extensive stakeholder consultations, theSmart City programmeis close to finalization. These two programmes are interlinked and will prepare our nation for an increasingly urban future, the president pointed out.