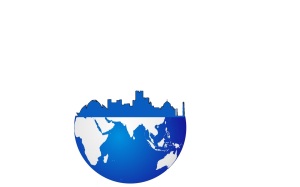 New Delhi, Feb. 11: Global Environment Facility (GEF) that supports UN objectives of protecting environment and addressing climate change concerns, has agreed to undertake pilot projects in four Indian cities for promoting ‘green urban practices’. An understanding in this regard was reached during a meeting between the visiting CEO and Chairperson of GEF Dr.Naoko Ishii with Minister of Urban Development Shri M.Venkaiah Naidu here today.

Ishii said that the purpose of her current visit to India was to learn more about the central government’s initiatives in urban sector like building 100 Smart Cities and infrastructure development in 500 cities and explore if GEF could partner in promoting sustainable urban management practices.

Naidu gave an account of different schemes and objectives which include enabling inclusive and sustainable urban development. After detailed discussion on urban development challenges and the need to promote environmentally sustainable strategies, Naidu suggested that GEF should take up pilot projects for demonstrating comprehensive and sustainable urban practices encompassing conservation and efficient energy use, reducing carbon emissions for addressing climate change concerns.

The four cities for implementing pilot projects will soon be identified through consultations between GEF and Ministry of Urban Development.

GEF is also working on an Integrated Program on Sustainable Cities to develop conceptual models on integrated urban design, planning and management for resilient and sustainable development.