US position on Humanitarian Aid Programs in North Korea 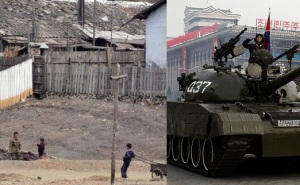 Washington DC, Feb. 6: Between 1995 and 2008, the United States provided North Korea (Democratic People’s Republic of Korea) with over $1.3 billion in aid, both in the form of food and heavy fuel oil, making us one of the leading contributors of assistance to the DPRK. But both the United States and UN agencies have struggled with North Korean authorities over the lack of transparency and freedom to monitor the distribution of food and other humanitarian assistance.

This was stated by Robert R. King, US Special Envoy for North Korean Human Rights Issues. He was speaking on the topic “Getting Beyond Politics: Creating Lasting Impact in North Korea” at SAIS Rome Auditorium here Thursday

Mr. King informed the gathering that in the fall of 2008, the U.S. resumed a food assistance program for the North Korean People, working with American NGOs and the UN’s World Food Programme. There were difficulties in monitoring aid distribution, and in early 2009, North Korea unilaterally terminated our assistance program. Just two months later, North Korea conducted its second nuclear weapons test.

Because of the difficulty of satisfying our own requirements for monitoring aid to North Korea, as well as budgetary constraints and intense demand for American humanitarian aid in many other parts of the world – Syria, Sudan, Ebola-afflicted areas of Africa among others – it is very difficult for us to provide aid to the DPRK, Mr. Kind said.

Mr. King stated that North Korea is an authoritarian government ruled by an isolated elite, with a state-controlled media and no freedom of speech or press, no freedom of religion, no transparency in governance, and no rule of law or mechanism for airing grievances. The country remains one of the most restrictive governments on earth. This makes it very difficult for the U.S. government to engage directly with North Korea, even when dealing with the issue of humanitarian aid.

The landmark 2014 report of the UN Commission of Inquiry on North Korea’s human rights noted the deplorable use of food by the North Korean government as a means of controlling its population. According to the Commission, North Korea’s leaders are guilty of “knowingly causing prolonged starvation” and are responsible for the death by starvation of hundreds of thousands of its own people, the Envoy said.

Whenever, according to Mr. King, an assistance program is undertaken, we are required to monitor aid distribution to ensure that assistance reaches the most vulnerable populations. This is the key element that has made it difficult to continue US assistance to North Korea.

The DPRK has not requested humanitarian aid from the United States since 2011, and we do not have any plans to provide such assistance, Mr King said adding the need for food, medical, technical, and educational aid is still urgent in North Korea. This is why people and NGOs like the ones that are here today are so important. They are able to engage with North Korea under different circumstances. Whereas North Korea has set up road blocks to government-to-government engagement, it has demonstrated a willingness to work directly with NGOs.

The United States is troubled by reports implicating Burundian security forces in the extra-judicial killing of at least two dozen members of a rebel group after they surrendered in Cibitoke Province in early January.

In a statement Thursday, US Department of State Deputy Spokesperson Marie Harf said the United States calls on the government of Burundi to fully and credibly investigate these allegations, prosecute any crimes that may have been committed, and hold those responsible accountable.

The statement goes on to add, the United States is also deeply concerned by the increase in irregular detentions and prosecutions of media workers and members of political parties ahead of elections in May, including the recent detention of journalist Bob Rugurika, and continuing due process flaws in the prosecutions of Frederic Bamvuginyumvira and members of the Movement for Solidarity and Democracy youth.