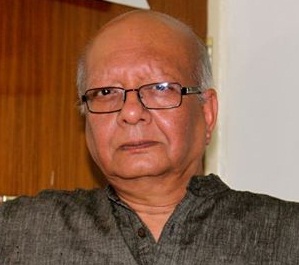 Australia’s Trade and Investment Minister Andrew Robb will lead the Australia Business Week in India mission from 12-15 January. Coinciding with this event, Newsroom24x7 is presenting the views of a citizen posted on a social networking platform along with former Indian diplomat Amit Dasgupta’s take on it

The citizen who shared his views on Australia-India trade, has chosen anonymity as an afterthought. This is what he had posted on his social networking site:

“Australia-India trade is completely skewed in favour of Australia – 90 percent. The only other nation with whom India has an even more skewed trade imbalance is Switzerland – 95.7 percent.

Coal accounts for 45 percent of India’s total imports from Australia; India has the world’s fourth largest coal reserves. Semi-manufactured non-monetary gold is the other major import. Taken together coal, and gold make up 85 percent of India’s imports from Australia. India runs a trade deficit with 16 of its 25 largest trading partners. America too runs a trade deficit with the rest of the world. except that America is privileged, Its currency is the global currency of intervention in most commodities, and in most markets. America can print dollars. India has to collect dollars from expatriate remittances. Indian expatriates, mostly working class, go to the Gulf States, where they are barred from settling down, buying property. so they remit to India. The professors in English Literature, Economics in USA, the Physicians running medical services in neglected West Virginia, West Texas don’t remit dollars to India. nor do the office-cleaners in Melbourne, taxi-drivers in Sydney, both sectors are dominated by young people from lower-middle class India who have paid thousands of dollars in tuition at an Australian university in dodgy courses to secure a student visa.

Trade has never been a win-win for our economy, Consequently for our people, our society. we have a huge appetite for consumption, Now probably after generations of want we enjoy very rich food, in large quantities, are not embarrassed displaying large prosperous waists, jowls. We similarly are not embarrassed at our scant ability to pay attention to detail, engineer to perfection, run our affairs professionally. In the bilateral trade relations, Chambers of commerce, diplomatic receptions, every body loves India – our Swadeshi market is huge, our parvenu shop for olive oil (extra-virgin), Australian plonk wine, the ordinary folk for Chinese toys finished in toxic chemicals, school bags, all sections for plastic icons of Hindu deities.”

The citizen summed up the argument by stating: “We even lack a professional Foreign Service with trade, commerce specialists. A posting to New York to be with a spouse working there, or to London so that children can attend university in that town. probably even Melbourne.”

In an article under the title “Is this the end of Australia and India’s mutual neglect?” in today’s edition of the Sydney Morning Herald former Indian diplomat Amit Dasgupta, who was Indian Consul General in Sydney from February 2009 to June 2012, points to indications that differences have been ironed out and the Comprehensive Economic Co-operation Agreement between India and Australia will be finalised for signature by the end of March. This according to him, is a major development, as Australia would become the first country with which India, under Prime Minisetr Narendra Modi, has signed an embracing trade pact.This agreement is expected to substantially boost two-way trade and investment, the former diplomat goes on to emphasise.

When Newsroom24x7 asked Mr. Dasgupta to respond to the above view on Australia-India bilateral trade, he said: “Unlike many of my colleagues, I am not an advocate of balancing trade. I believe we buy what we need and at the price that is competitive. If we are unable to sell, it is because the product is not what the client wants, price is not okay, quality is lacking etc. The only point to my mind is whether our products are being denied market access. If that cannot be established, I see no point in cussedly asking for trade to be balanced. we should be clear on what we want and if someone is selling it to us at a lower price, buy it.”