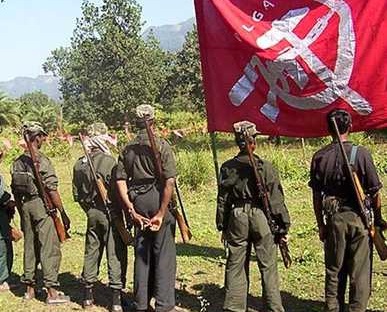 Bhopal: A comprehensive ground-level study of the “Genesis and Spread of Maoist Violence” by the Bureau of Police Research and Development (BPRD) concludes that the Maoists are much different from the earlier naxalites and are known to have their presence in 21 States.

According to the report on Maoist violence prepared by Principal Advisor to the Madhya Pradesh Planning Commission D.M. Mitra and published by BPRD, which reports to the Union Ministry of Home Affairs, the estimation of Maoist cadre strength across various parts of the country varies from 10,000, 15000 to as much as 25000. Similarly, geographical spread of Maoist activities is estimated over 190 districts with Maoist violence reported from 90 of the 627 districts in the country.

When contacted, Mitra told Newsroom24x7 that the earlier naxalites were active in the agrarian areas and at present the other naxalite factions are also active in rural and semi-urban areas, whereas the Maoists are confined to the inaccessible forest areas bordering the affected states.

While focusing attention on the geographical spread of Moists, the BPRD report points out that the Maoist presence gets exaggerated because for just one incident reported in one remote corner of a district, a whole district is counted as affected. It has also been highlighted that less than 10 per cent of police stations of the nine most affected states have reported Maoist violence, where as more than 50 per cent of the districts are identified as affected by Maoist violence.

Mitra, who is a senior IPS officer belonging to the Madhya Pradesh cadre, says Maoist violence has emerged as the biggest internal security challenge since Independence. It started as two independent streams in the forests of North Telengana region of Andhra Pradesh and forest areas of Bengal and undivided Bihar in the ’80s of the last Century and spread to a large number of states. While Andhra Pradesh has gone through different stages of development of Maoist violence and has been able to reverse the trend, other states could be seen as struggling at various earlier stages that Andhra Pradesh (AP) has gone through, he has pointed out.

The BPRD Report traces the origin of Maoist violence by pointing out how some of the more radical elements broke away from the CPI in 1964 to form CPI-M after the CPI had joined electoral democracy in 1951. When CPI-M also embraced electoral politics, this became unacceptable to the more radical Maoist faction within CPI-M, which started the first phase of the violent Naxalite movement. The origin of Maoist violence can be traced to two factions of naxalites – namely, the People’s War Group (PWG) of Andhra Pradesh and Maoist Communist Centre (MCC) of Bihar. The Maoists are a different species, which evolved out of the earlier species but very little of what applied to the earlier naxalites actually applies to the Maoists, the Report adds.

The Report goes on to recommend that in the context of our federal structure, conceptual integration and coherence in government approach to handling of Maoism is necessary. It has also been emphasised that the States have to fight the Maoists with the help of the Central government and not vice-versa. Article 355 of Constitution makes it a duty of the Union government to protect the States from internal disturbances. Unless it is felt that a state government cannot discharge its Constitutional duties, the Central government’s role remains that of support.